Childhood obesity is here now in almost every country. No longer is it just America or Europe that has overweight kids, now countries that have moved up the development scale like Mexico, China and Brazil have the problem too.

Defining whether a child is overweight or obese is not easy. It is generally agreed that BMI (Body Mass Index) is a good measure. To ensure that BMI is efficient the cut off points must be age and sex specific. In order to look at prevalence across the globe the same cut-off points need to be used. Often, this is not the case as some countries will use local definitions to produce their BMI charts and some countries will use charts, defining being overweight on the 85th and obese on the 95th percentile.

In 2006 the World Health Organization produced growth standards for children aged 6 months to 5 years in order to help determine whether a child was overweight or obese. Great care was taken to ensure that these standards worked multiculturally.

In 2012 data was showing that high income countries had a higher prevalence of childhood obesity than other countries. However now, in 2018, obesity is on the rise in lower and middle income countries too. The World Health Organisation states that in Africa, the number of overweight children under 5 has increased by nearly 50 per cent since 2000. Nearly half of the children under 5 who were overweight or obese in 2016 lived in Asia.

Lower socio-economic class makes a difference to obesity rates. There are many reasons but they often relate to money. Take fast-food. It is relatively cheap, convenient and fast. Eating it is often a sign of status and escape from absolute poverty. As more women enter the workforce and stop being full-time housekeepers they have less time and less confidence around home cooking. They fear cooking a dish that won’t be eaten, wasting precious money.

In the United Kingdom deprived areas have five times more fast food outlets than affluent areas. This shows how the demographics of fast food work and they are working the same way in countries that move up the income ladder. 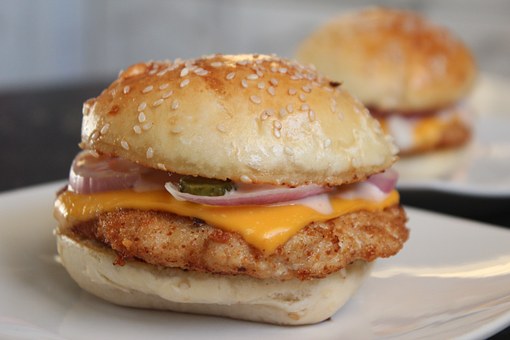 Nutrition education lags behind other education. The five-a-day message has been around for a while but there are many people who don’t eat fruit and vegetables often because they find them an expensive and unpopular addition to the family diet. Eating healthily, starting from birth will promote a healthy culture.

The way families eat together is crucial. Sitting around a table, sharing stories and having family time with the TV turned off has benefits for the whole family. It has been shown that in pre-schoolers where families rarely eat together, consumption of fruit and vegetables was low and the chance for a healthy diet missed. Eating together once a week, even on fast-food night, is better than not eating as family at all.

What gets eaten every day is important. In 2017, Cancer Research reported that over 100 million takeaways and ready meals were eaten each week in the UK, roughly 4 per household. These are not always the main meal, sometimes they are additional to the meal to be eaten at home. Given that it only takes a few extra calories a day to put on weight this is a big problem. Contrary to popular belief, it take a lot of exercise to lose a calorie.

Lots of foods are full of sugar and fat and these lead to weight gain. These are often cheap treats, but they are not just eaten by the less affluent, they are eaten by everybody. Quite often, to tempt the more affluent, they are packaged to look healthy. Only upon bothering to read the food label will the consumer find out that they are not. Fruit juices, smoothies, lattes, hot chocolate, cereal bars, protein bars are all marketed in this way.

As a nation and as a global community, we need to look at what we are eating. We all eat too much. Portion sizes are too large. Snacking has become second nature. We have become addicted to instant gratification where food is concerned.

Food is so easy to consume. Feeling peckish? A meal takes seconds in the microwave. Children learn by example so the next generation may adopt the same habits.

Parents need to be supported. This can be achieved in simple ways by working with supermarkets and other retailers to alter the way they display foods. Sugary carbonated drinks should not be on end-of-aisle positions which can increase sales by up to 50%.

In July 2017 the UK government banned the advertising of high fat salt and sugar foods in media that appeal to children. This move was made after research showed that advertising to children had both immediate and long term effects in terms of health and weight gain. Children watch an average of 14 hours TV a week, only half of this watching programmes where the restrictions apply.