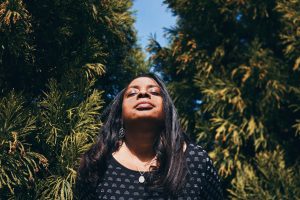 You may well be deficient in vitamin D and have no idea. Deficiency is incredibly common and most people don’t realise. Symptoms of vitamin D deficiency include depression, muscle pain, hair loss, tiredness, and bone pain.

All vitamins in the diet are important and play a role in maintaining health and wellness, but vitamin D plays a particularly crucial role that oversees many pathways in the body.

With the world in lockdown, it is likely that the number of those deficient in vitamin D is increasing, as most people are stuck inside with little access to sunlight.

How Vitamin D is absorbed

Vitamin D is unique. Unlike other vitamins, it is obtained from the sun rather than through food.

The body absorbs an active ingredient which then gets turned into vitamin D by UVB rays (ultraviolet light). This process is affected by many different factors, such as the atmosphere and where you live. Your vitamin D intake will be affected by the season, as this changes how high the sun is in the sky and the cloud cover. In winter you are likely to obtain less vitamin D than in the summer.

Countries near the equator will have strong UV light, and countries at a high altitude have thinner air and therefore more UV light. If you go skiing, you will absorb lots of vitamin D on sunny days as the UV light reflects off the snow very effectively.

In recent years skin cancer has become a huge concern – and rightly so. However, this has led to increased use of sunscreen protector which reduces the ability of vitamin D to synthesis in the skin by 95%. Ideally, 20-30 minutes a day should be spent outdoors with no skin protection in order to keep vitamin D levels topped up.

Who is most at risk?

Those with limited sun exposure are more likely to be vitamin D deficient. For example, a teenager playing video games and not getting outside, someone who works indoors all day, or a person shielding inside with no balcony or garden. Sitting by a window isn’t enough, as glass windows block the UV rays. The elderly are especially susceptible to this as their skin is thinner which makes it less able to synthesise vitamin D.

If you have naturally dark skin, the body will need up to three to five times longer than someone with white skin to make the same amount of vitamin D. This is because darker skin can absorb more of the UVB into their skin and therefore it needs more exposure. In northern European latitudes, UVB radiation between the months of October and March is of insufficient intensity for the synthesis of vitamin D from the sun. Deficiency could well be high for all population groups but especially for the South Asian population groups and other dark-skinned ethnic minority groups in the UK.

There are also diseases which can cause low vitamin D levels, due to either the condition itself or the medication. People with fat malabsorption won’t absorb vitamin D efficiently as vitamin D is a fat-soluble vitamin. If you are overweight and have a BMI of over 30 then you may be vitamin D deficient as obesity is associated with lower vitamin D levels.

Other ways to obtain vitamin D

Direct sunlight is the best way to get the right amount of vitamin D. However, with many of us stuck indoors during lockdown, this may not be possible for everyone.

You can obtain small amounts of vitamin D from certain foods, such as wild salmon, mushrooms, egg yolks, fortified milks, cereals, and orange juice. Taking vitamin D supplements is also a good idea if you think you might be in one of these high-risk categories.